Kakao released a statement saying they had to delay the game because of an issue in the backend system. They have been trying to fix it since morning and so far, haven’t succeeded.

ArcheAge is a game that has been delayed from its original release date of tomorrow. Kakao, the company behind ArcheAge, released an official statement explaining what happened.

The year 2021 has been marked by MMO delays, with ArcheAge’s relaunch under the Kakao name adding to the list. But don’t get too worked up: there’s still one more day.

Kakao wrote this morning, “We have detected a problem in the backend system that has yet to be fixed.” “Because of this difficulty, we will not be able to provide the quality of service that we want to provide, we have chosen to postpone the server launch until December 3rd.”

You may have noted the company’s reluctance to provide a launch date as recently as yesterday; this was reportedly the reason.

“Because we were aware of the problem, we were cautious to provide a specific opening time at first; nonetheless, we hoped to get it resolved in time.” Unfortunately, despite our internal team’s tireless efforts and the cooperation of XLGAMES’ developers, we were unable to resolve the issue in a timely way. We want to reassure you that the problem is unrelated to data transmission and that your gaming data is unaffected. We also want to reassure you that we’re doing all we can to guarantee that when we do open, you’ll have the finest experience possible.”

While you’re waiting, have a look at the cash store updates the company has made for both the Legacy and Unchained versions of the game.

Updates to the Store

The most recent ArcheAge and ArcheAge: Unchained Store upgrades are now available. Find out more about the new and improved products:

Canada conducts the inaugural run of the Rocky Mountaineer luxury train in the U.S. 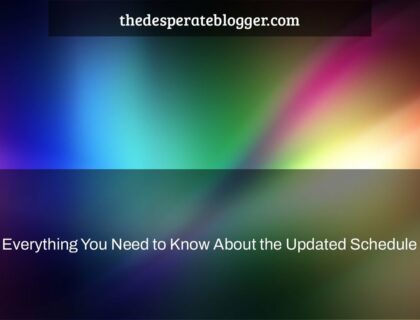 Everything You Need to Know About the Updated Schedule