The Florida Gulf Coast University men’s basketball program and the No. 25 USC Trojans will play for a second time on Sunday, January 14th at 11:30 am ET in Denny Sanford PREMIER Center. The game is an exhibition match up to celebrate 20 years of “Dunk City” with both teams wearing jerseys from that era

LOS ANGELES, Calif. (AP) — Chevez Goodwin had 20 points, Boogie Ellis had 18 points, and No. 25 had 15 points. On Tuesday night, Southern California beat Florida Gulf Coast 78-61, bringing Trojans coach Andy Enfield back to the school where he earned the nickname “Dunk City” during the 2013 NCAA tournament.

Enfield spent two seasons at FGCU before transferring to USC following the Eagles’ journey to the Sweet 16 in 2013 — the first time a No. 15 seed had ever advanced that far in the tournament. With a school Hall of Fame induction on Monday night and Enfield’s return to Alico Arena on Tuesday, the past two days have been a celebration of that squad.

But there would be no Cinderella tale this time.

However, there was a distinct big-game vibe: a national TV audience was in attendance, the FGCU student section was packed more than an hour before tip-off, and seats were full all the way to the back row of the compact 4,600-seat gym.

Midway in the first half, FGCU had a five-point lead. With 5:53 remaining in the second half, USC went on a 12-2 run to take a 63-48 lead. The conclusion was no longer in dispute.

By winning the Atlantic Sun, FGCU received an automatic invitation to the NCAA tournament in 2013, and was seeded No. 15 in the South region. In the first round, the Eagles were drawn against Georgetown, who was seeded second.

The narrative of the tournament was FGCU’s high-flying, alley-ooping ways. The Eagles defeated Georgetown 78-68 in the first round, then defeated San Diego State 81-71 in the second round before losing in the regional semifinals against Florida. The Sweet 16 had been won by a small school with no great national fame. Since then, it’s been known as Dunk City.

Even though the result wasn’t what FGCU had hoped for, it did come with a journey down memory lane.

Eagles coach Michael Fly was an assistant at FGCU under Enfield and recalls being so anxious before his first game on the staff that he grabbed the head coach’s jacket instead of his own, which was cut a little smaller and cost a lot more.

“He made it clear to me that he hoped the players weren’t as jittery as I was,” Fly stated. “I believe the conclusion of the tale is that I knew coach Enfield’s shoes would be difficult to fill on some way.” So I put on his jacket.”

Early in the season, FGCU demonstrated its potential by defeating Miami 63-51 in November 2012. Until Tuesday, no team from any of the major college basketball conferences — the SEC, ACC, Pac-12, Big 12, Big East, or Big Ten — had ever visited Dunk City.

“I believe the main thing that’s missing today is coaches letting their players to be themselves, be creative, and have the fun that we were allowed to have,” Comer remarked.

Enfield’s crew was the one having the most fun on Tuesday. That shouldn’t have come as a surprise: a Pac-12 team in the AP Top 25 taking on a mid-major school that doesn’t often play rated opponents.

Enfield spent a few hours to stroll about the facilities before tip-off, appreciating every moment of his visit.

Enfield said, “This is an amazing site.”

USC: The Trojans had a 44-26 advantage in points in the paint and a 22-14 advantage in fast-break points. USC finished the game with a 49 percent shooting percentage.

FGCU: The Eagles were set to meet USC last season, but the game was canceled because to scheduling conflicts created by the pandemic. Enfield made certain that the game took place, even if it was a year later. … Since entering Division I, FGCU has gone 1-13 versus rated opponents.

(The Associated Press owns the copyright to this image.) All Rights Reserved by the Author. It is forbidden to publish, broadcast, rewrite, or disseminate this content.) 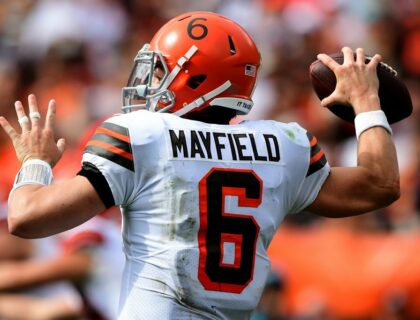